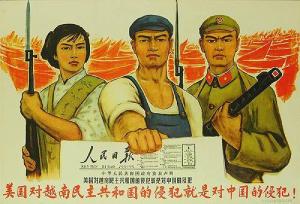 People want to know where ideas come from. i think they want to know because they’re afraid their ideas aren’t any good and they think if they knew where the spigot was they’d go turn it on and ideas would gush out.
i don’t know where the idea spigot is.
i’m pretty sure there isn’t one.
i’m pretty sure ideas don’t come out in one whole piece from anywhere. i think the brain makes up ideas out of all sorts of little pieces it takes from whatever it’s been feeding on.
i think ideas come in pieces.
Maybe you’re at a museum in NY. You see this poster. Your brain stores away something from what you see. Maybe it’s an impression of an aggressive protest.
Or, maybe you get taken over by the look of the whole piece on a page.
Or you hear a tiny voice calling to you in a typeface.
Maybe the piece itself does nothing more than make you think of something else and your brain stores away that little piece of what the poster made you think that catches you.
We have so little control over what catches us.
What you do have control over is what you do with the little piece your brain caught.
You have to keep it with you.
You must make it a part of your process.
If all you do is get a copy of it and hand it to a technician and say there, that’s what it should look like, that’s nothing. That’s copying/cheating/not art.
But putting what catches you into your process by storing it in your workbook where it has a chance of being seen & studied in the context of what you’re working on, then it goes into your brain and your brain will use of it what it can.
Sitting there on a page it kicks in a door somewhere in the corridors of your brain.
Later, some brain cell walks past that door and looks in.

Not everything that catches you shows up where you think it might.
Few of the things that catch you do anything at all, probably.
But all fuel the process.

i don’t think there’s such a thing as writer’s block.
I think there are times when we’re not in the process. When we haven’t fed the brain anything to get excited about.